A part of the world celebrates Osama Bin Laden’s death, I understand their feelings, although I can’t say I totally share them.  For many, directly affected by any of the terrorist attacks attributed to OBL, his death may be a way of closing a painful wound.  The feeling that justice has been done or that the person responsible for those atrocities has ended up like some of his victims may alleviate some tormented souls.  I don’t blame them.
However, celebrating this death with a patriotic explosion of joy is seems to be no different to when people on other countries celebrated the amount of deaths after the original attacks.  Even if not very human, Bin Laden was a human being, and no matter how justified and convenient his death is, death is not a reason for celebration.
Although  we did what we had to do, we did not solve much. We cut the head of the beast but, I am afraid, another ugly one will grow. We killed a man but we did not end the hatred, the fundamentalism, the nonsense of those that see the world in black and white with the absolute conviction that only one of those two should exist.
Whilst I do not know how to fix this problem, I feel that feeding the fire of separation and intolerance does not help.  From a metaphysical point of view, and from a broader perspective, there is a universal law of Cause and Effect.  Every cause has an effect of the same nature. In other words, we will harvest what we sow. A peaceful thought will generate states and actions of peace. A hateful thought will be followed by feelings and actions of hatred.
In the analysis of this situation our rational mind is telling us that we are on the side of the good; that we needed to defend ourselves, that reason is on our side and that they are the bad ones.  However, the reality is that by celebrating a death we are vibrationally at a very low level. We are in the vibrational level of fear, hatred, separation and violence.  We may believe in our mind that there is a big difference between the two sides, but once we are in the killing game we are acting at the same level as the people we oppose, the escalating situation creates further destruction.  That is the reason why in reality nobody wins in a war, because both sides are feeding the same fire of separation and violence.  The difference between sides is not real because they both act at the same vibratory level; it is purely a rationalization.
For the human race it is time to grow up. It is time to change our objectives, to broaden our horizons, to stop living looking at our bellybuttons and start understanding reality in a global way, from a broader perspective. Everything is a matter of vibrational level.  If we want a better reality we have to start having thoughts of a higher vibration, those that can create higher feelings and more positive actions.
It is no longer a time to insist upon being right above all, justifying with that all the atrocities we commit. It is not a time for wars. This is the time to stop acting like children fighting over toys, blind in their defense of a pathetic position in the fight.  We need to rise above old limiting concepts.
Humanity is a unit, a body that we all create, and it has to be treated as such. We are cells in an organism that will be strong and healthy only if there is harmony and balance among all its systems. Whatever happens to a group it affects all of us, whether we understand it or not. When cancerous cells appear in a body, if the rest of the body responds creating healthier cells, there is spontaneous remission. Otherwise, when the body responds with more cancerous cells, there is metastasis.  It is time to understand that we are a single unit and not just a cluster of separate groups.
I believe it is positive that Osama is dead but there will nothing to celebrate until we are able to understand that all the negativity that he represented was partly our own creation.  Moreover, that the solution does not lie in military power but in the ability of our hearts to raise our vibrational level. The day that this fact is widely understood, assumed and put into practice, will be the day that we finally evolved. Personally, I feel that it is about time.
Published by Helena Aramendia No hay comentarios:

Today I would like to post here a letter. It has been published in Ode Magazine and I want to share it because it shows that fear is not the only option when dealing with pain, suffering and uncertainty. Our vibration, created by all our thoughts, has powers. Let's not give into fear. There is hope.

Things here in Sendai have been rather surreal. But I am very blessed to have wonderful friends who are helping me a lot. Since my shack is even more worthy of that name, I am now staying at a friend's home. We share supplies like water, food and a kerosene heater. We sleep lined up in one room, eat by candlelight, share stories. It is warm, friendly, and beautiful.

During the day we help each other clean up the mess in our homes. People sit in their cars, looking at news on their navigation screens, or line up to get drinking water when a source is open. If someone has water running in their home, they put out a sign so people can come to fill up their jugs and buckets.

It's utterly amazingly that where I am there has been no looting, no pushing in lines. People leave their front door open, as it is safer when an earthquake strikes. People keep saying, "Oh, this is how it used to be in the old days when everyone helped one another."

We got water for a few hours in our homes last night, and now it is for half a day. Electricity came on this afternoon. Gas has not yet come on. But all of this is by area. Some people have these things, others do not. No one has washed for several days. We feel grubby, but there are so much more important concerns than that for us now. I love this peeling away of non-essentials. Living fully on the level of instinct, of intuition, of caring, of what is needed for survival, not just of me, but of the entire group.

There are strange parallel universes happening. Houses a mess in some places, yet then a house with futons or laundry out drying in the sun. People lining up for water and food, and yet a few people out walking their dogs. All happening at the same time.

Other unexpected touches of beauty are first, the silence at night. No cars. No one out on the streets. And the heavens at night are scattered with stars. I usually can see about two, but now the whole sky is filled. The mountains are Sendai are solid and with the crisp air we can see them silhouetted against the sky magnificently.

And the Japanese themselves are so wonderful. I come back to my shack to check on it each day, now to send this e-mail since the electricity is on, and I find food and water left in my entrance way. I have no idea from whom, but it is there. Old men in green hats go from door to door checking to see if everyone is OK. People talk to complete strangers asking if they need help. I see no signs of fear. Resignation, yes, but fear or panic, no.

They tell us we can expect aftershocks, and even other major quakes, for another month or more. And we are getting constant tremors, rolls, shaking, rumbling. I am blessed in that I live in a part of Sendai that is a bit elevated, a bit more solid than other parts. So, so far this area is better off than others. Last night my friend's husband came in from the country, bringing food and water. Blessed again.

Somehow at this time I realize from direct experience that there is indeed an enormous Cosmic evolutionary step that is occurring all over the world right at this moment. And somehow as I experience the events happening now in Japan, I can feel my heart opening very wide. My brother asked me if I felt so small because of all that is happening. I don't. Rather, I feel as part of something happening that much larger than myself. This wave of birthing (worldwide) is hard, and yet magnificent.

Thank you again for your care and Love of me,

With Love in return, to you all, 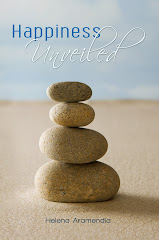